I’ve been using the default tmux 1.8.x on many Linux servers simply out of the habit that you’re not always allowed to install software from sources. You install a package from the official repository and leave it at that, because installing later version from sources is not likely to be supported by your OS vendor. So it was amazing to discover quite a few improvements in tmux that happened since that rather old version.

This is how it looks – both compact and at the same time informative enough to get an idea if that’s the session you’re looking for: 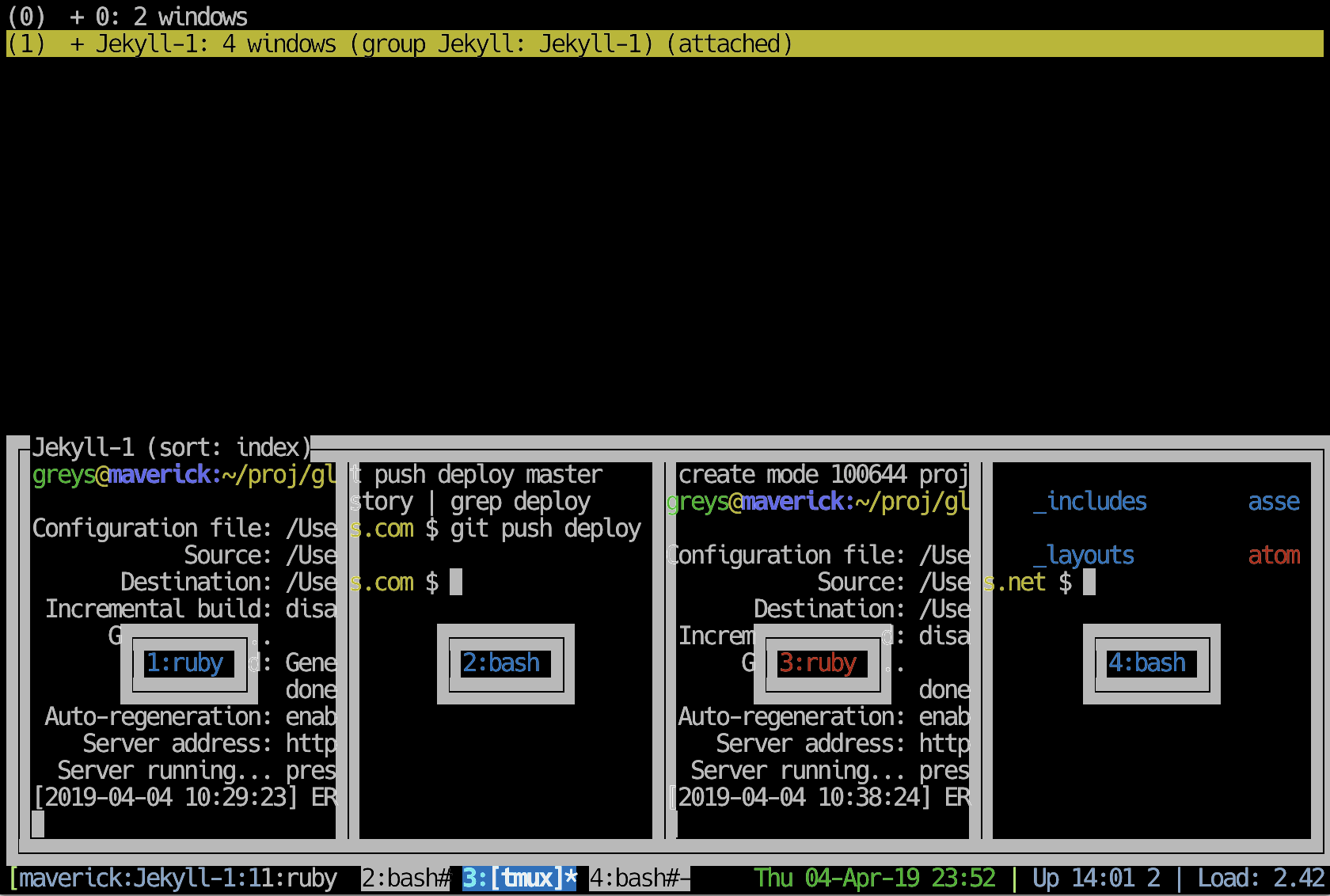 I think there’s special commands (shortcuts) for operating in this preview mode, but that’s something for another post – must learn these myself first!