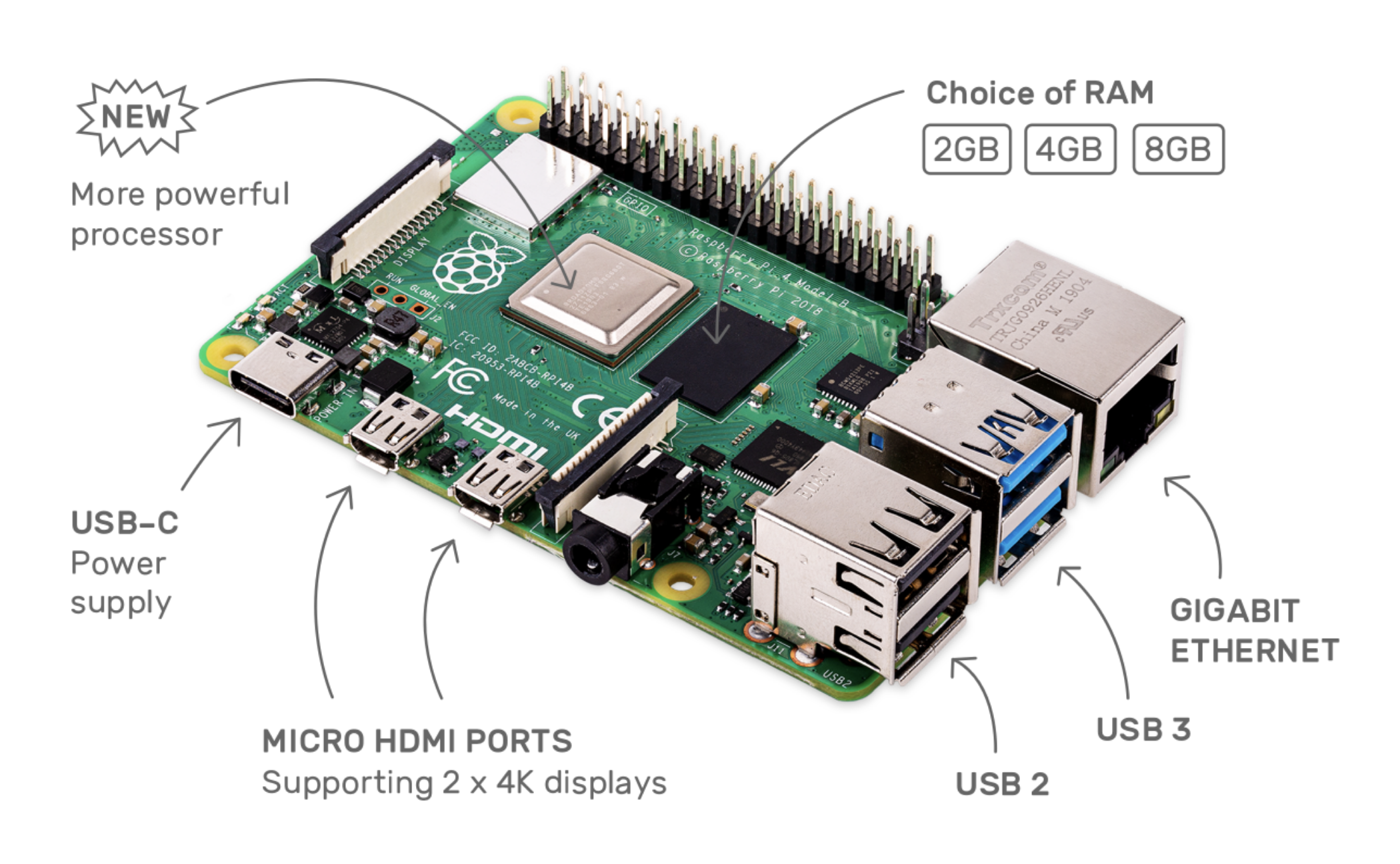 Raspberry Pi 4 with 4GB or 8GB

I seems I have built my Raspberry Pi server named becky just last year, but it’s actually been around for over 5 years, so when opportunity presented itself I decided to upgrade it.

becky is one of the many Raspberry Pi systems I have around my home office, it’s the one that uses official Raspberry Pi 7” screen that is just big enough to keep tmux session and stream latest critical logs from my centralised RSyslog setup.

Reasons to Upgrade from Raspberry Pi 2 to Pi 4

Biggest reason for me is additional RAM as I want to migrate a few things like UniFi Controller onto this system in the future.

CPU is probably 4-5x faster at this stage - that’s always good to have.

Finally, there are WiFi and Bluetooth connections now - meaning I’ll be able to setup AirPlay -> Alexa Echo bridge based on this little server.

Upgrade itself wasn’t all that eventful - I removed RPi2 screen backplate and attached the RPi4 one with new RPi4. Then disassembled it all cause I forgot to put the Raspbian microSD card into the new RPi4 slot :)

Yes, it’s great to know that in 99% you can just move microSD with your existing server setup onto newer Raspberry Pi system and it will just boot and work.

Finally I booted the system and realised it’s not going to work off the microUSB cable anymore - not enough power, as confirmed by the console messages:

After switching to USB-C power everything worked fine (even though I used old enough Raspberry Pi power supply that provides only 2A).

becky is a lot more powerful now, with plenty of RAM and CPU power.

I’ve taken time to switch Raspberry Pi 4 to 64bit kernel already, but will probably do a full reinstall at some point.