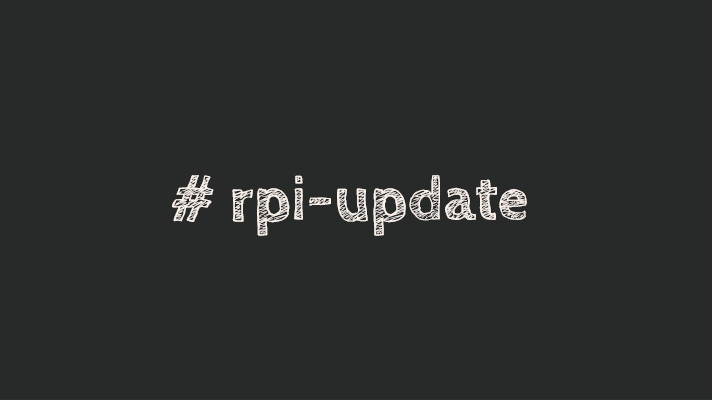 Here are the steps I’m doing from time to time to keep my Raspberry Pi devices up to date.

This downloads the most recent firmware and also updates kernel and its modules.

You just run the rpi-update command without parameters and let it do its magic:

Just as it says, you need to do a reboot. But before that, let’s capture the kernel version for historical reasons:

… and check kernel version again when Raspberry Pi is back online:

Now that older kernel version is not holding any software updates back, let’s update everything on the Raspberry Pi.

First, we update software repos and get the latest packages information from them:

And now deploy all the possible upgrades:

That’s it for today, enjoy!