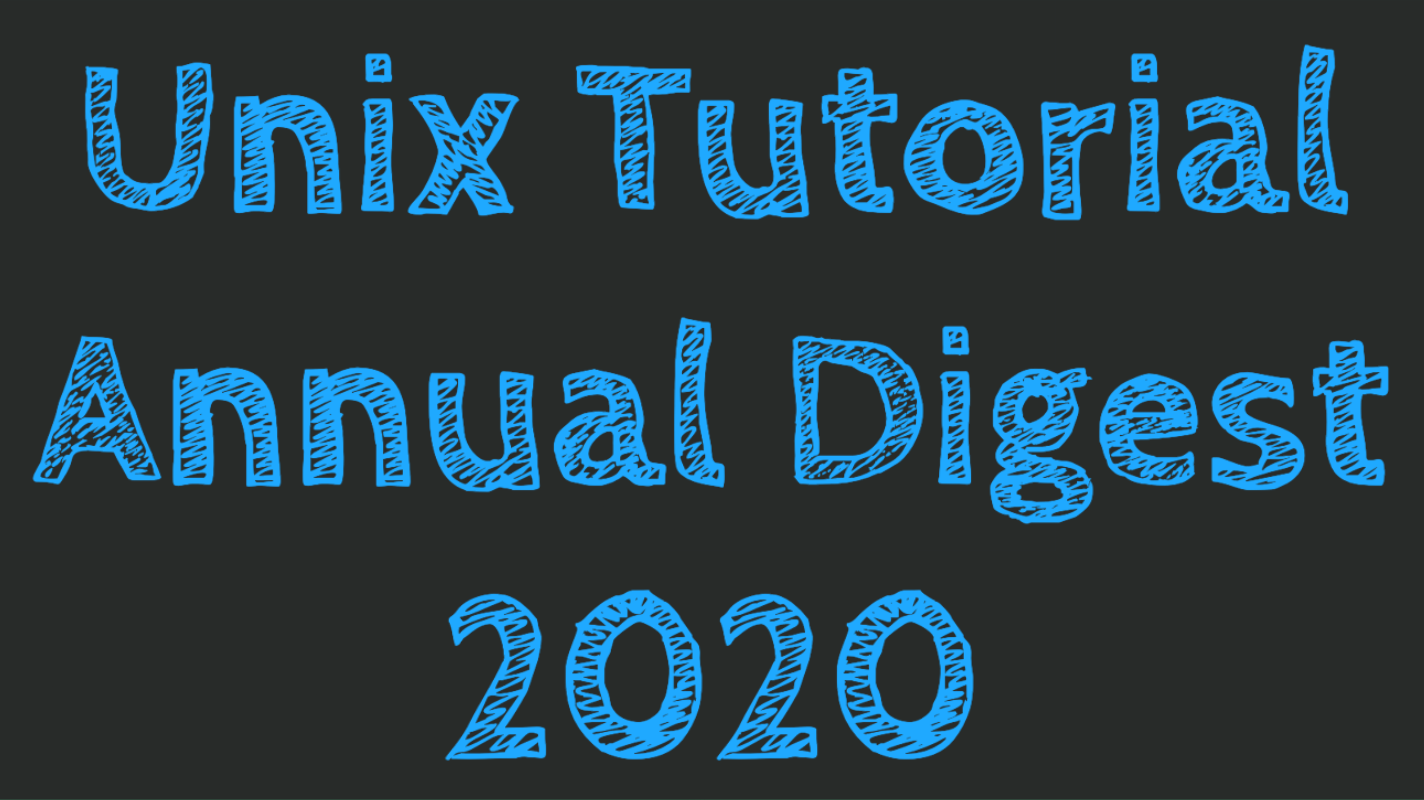 Wow, 2020 just flew by! With one lockdown after another, most of the year was spent working from home and checking local government websites for guidance around when schools and after-schools would re-open.

I didn’t blog as much as I hoped but stayed sane and otherwise productive - so can’t complain much about 2020.

Below are the things I found more interesting in the past year. Please let me know if anything needs to be corrected or clarified.

Please get in touch to arrange a technical consultation!

2020 has been a quiet year, but I spiced it up by finally migrating from Wordpress (am stil a big fan!) to static website engine called Jekyll.

Quite a few great changes happened in 2020:

This wan’t even a category in the last year’s digest, but I’m following some of the developments closely enough to mention them here.

This is by no means a complete list or even the more important news of the year - but they affected me at work or in my [Unix Tutorial projects][projects] and so deserve a mention.

As every year, quite a few things got hacked or leaked:

In many ways 2020 has been slow. With Coronavirus claiming thousands of lives every day, a lot of projects and activities were delayed or deemed non-essential in may areas, including IT. But slow-downs and lay-offs were somewhat compensated by the incredible boost in software and hardware development aimed at remote working and collaboration. Many companies and open source projects had to let some of their staff go, but reported that this was done with global and long term improvements in mind.