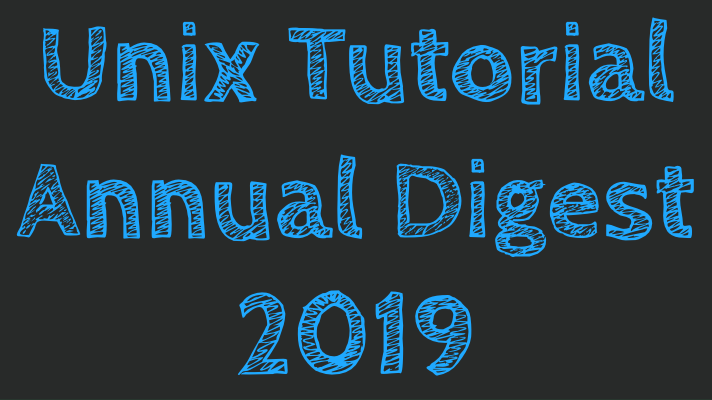 As promised, this is my very first annual summary of interesting things in my industry (Unix/Linux administration) and on my Unix Tutorial blog.

Please get in touch to arrange a technical consultation or book a training!

2019 has been a tremendous year for my blog: almost a million visits to my posts and pages, hundreds of interesting topics researched and even more planned for the year ahead.

Here are just some of the notable changes on [Unix Tutorial][ut]:

Quite a few great changes happened in 2019:

It didn’t always seem like it, but 2019 turned out to be a very scary year in terms of exploits, hardware and software vulnerabilities and hacks of major software repos

We live in exciting times. It’s been fun to try new products and services in 2019 and all the things indicate that 2020 will be even more impressive in terms of innovations and rapid adoption of new standards and technologies.