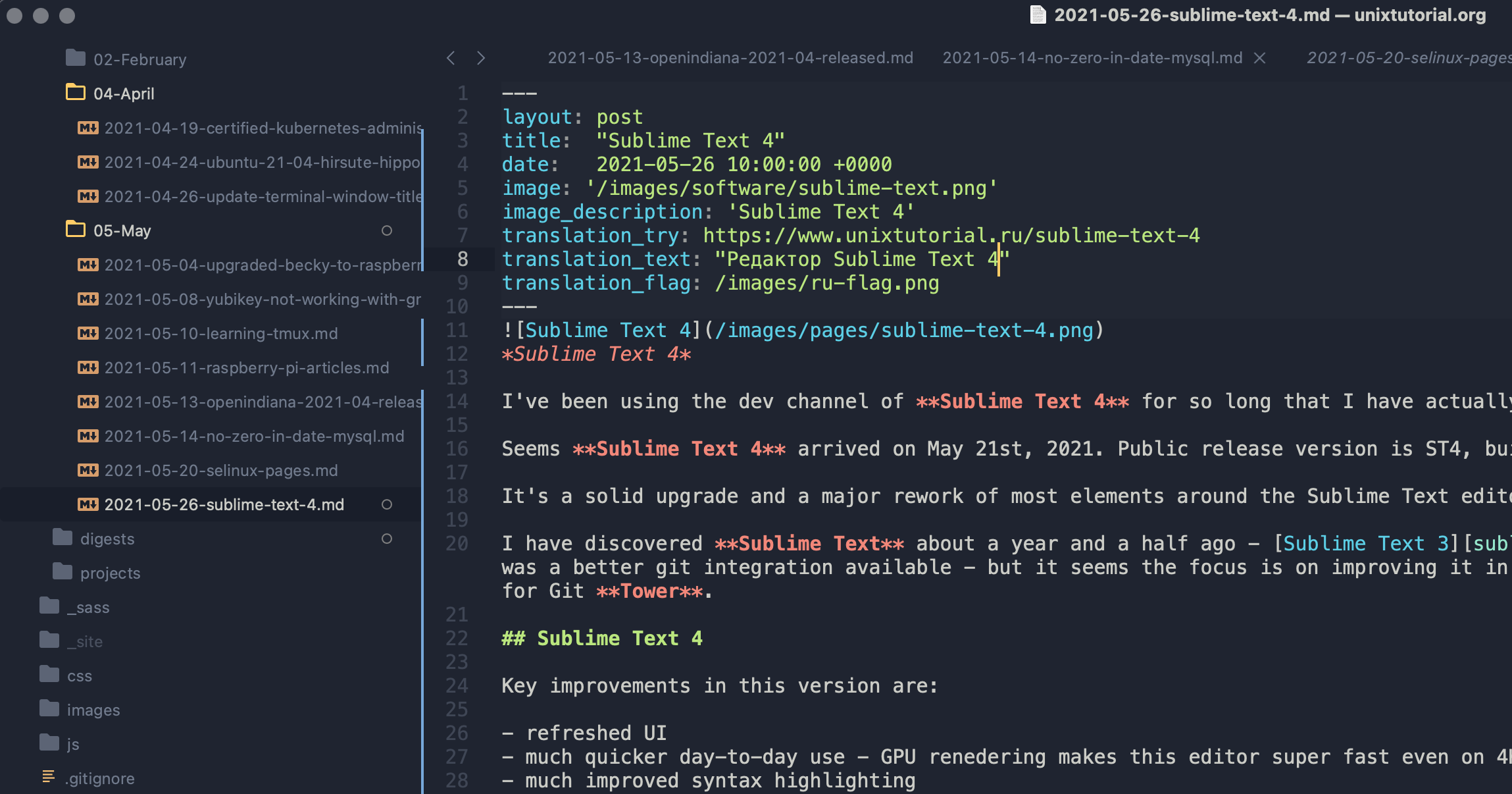 I’ve been using the dev channel of Sublime Text 4 for so long that I have actually missed the first public release of ST4!

It’s a solid upgrade and a major rework of most elements around the Sublime Text editor.

I have discovered Sublime Text about a year and a half ago - Sublime Text 3 has been my default editor in macOS and Linux since then. I wish there was a better git integration available - but it seems the focus is on improving it in the separate Sublime Merge product, which I don’t use much due to my preference for Git Tower.

Key improvements in this version are:

If you are an existing Sublime Text user or just looking for a great editor to try - have a look at the Sublime Text page and go download ST4!