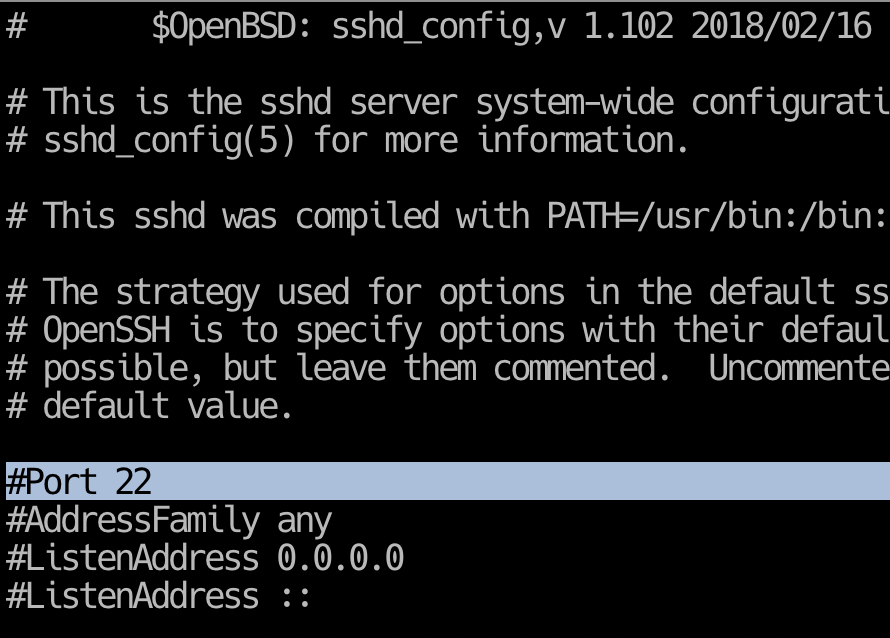 SSH was created as a solution to replace both file transfer protocol FTP (port 21) and remote access protocol telnet (port 23), so port 22 was a particularly fitting choice.

Changing SSH port on the server

You can make SSH server run on any available port by changing the Port directive in the /etc/ssh/sshd_config file.

Usually Port is the very first option defined in the file, and it’s commented out if default value is used:

just update this section by uncommenting Port and changing 22 to the port number you need, like 212 in this example:

For privileged port (port number less than 1024), you would have to start sshd as root.

For non-privileged port (port number above 1024), you can start sshd as a regular user on your server.

If you are running SSH server on publicly available IP addrrsses, it’s best to minimize your chances of having SSH access compromsied: