This mindmap summarises areas of SSH knowledge and shows what I’m planning to add to this SSH Reference mage in the coming months. 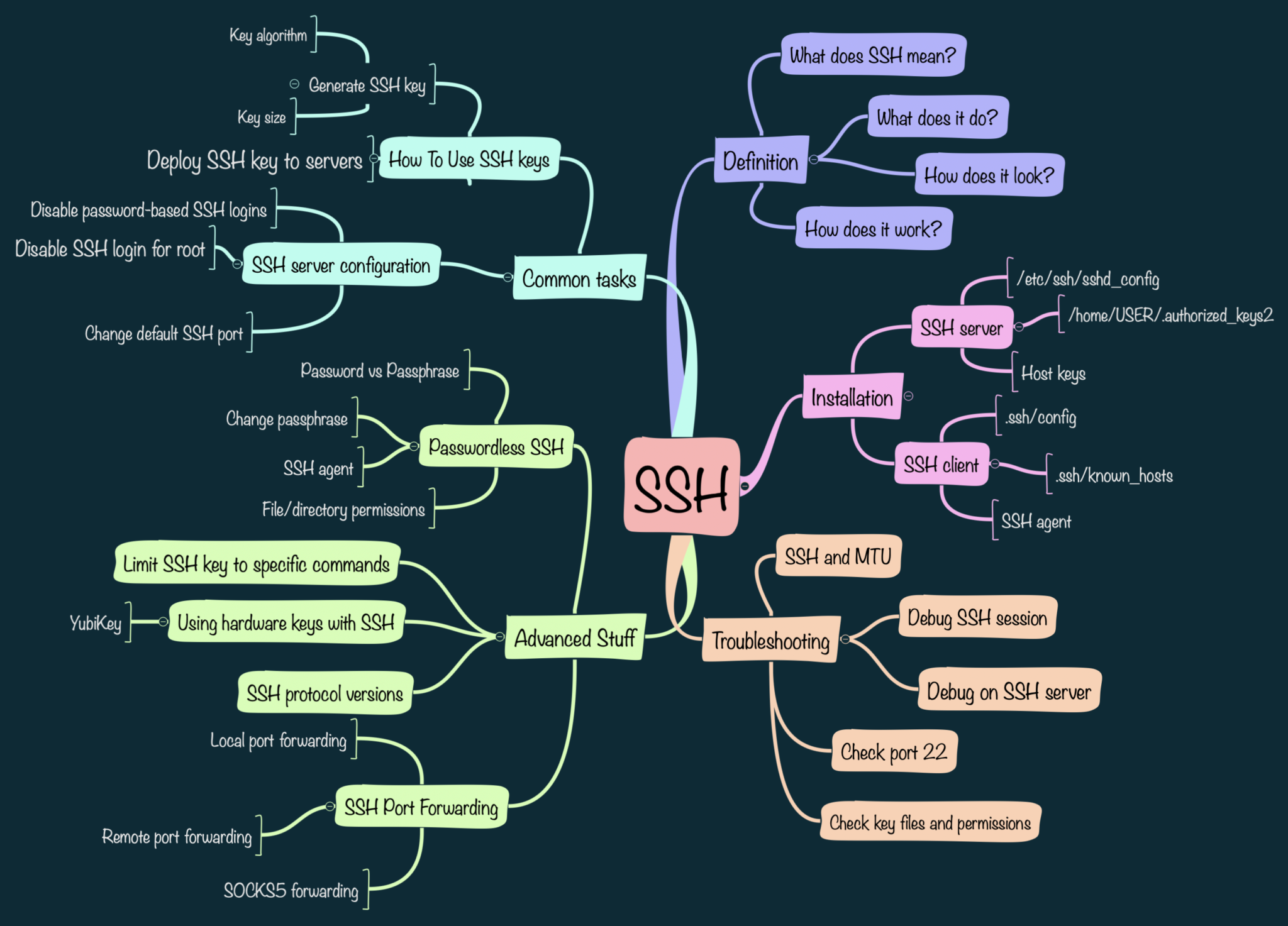 SSH (Secure SHell) is a network protocol for secure communication to Unix and Unix-like operating systems. SSH allows you to remotely manage Linux/Unix servers via command line. When you run the ssh command or invoke any SSH client, you will need to provide username and password of a user on the remote Linux server, to then be presented with the command line as if you were working directly and locally on that server. 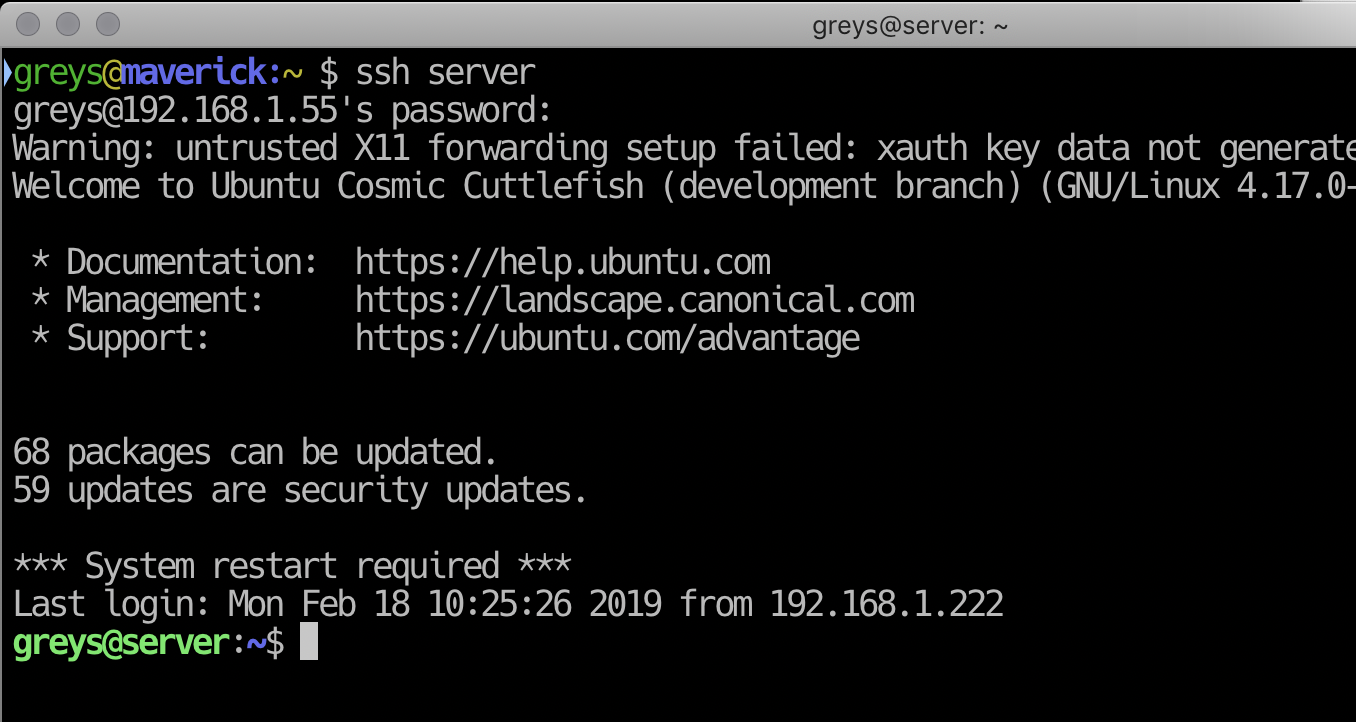 There are two protocol versions of SSH:

As a software product, SSH usually consists of three components.

ssh server is a binary called sshd that runs SSH service on default SSH port 22 and accepts secure connections on the server side.

ssh client in its simplest form is the ssh command – you type it and specify remote SSH server hostname or IP address to start a secure remote access session. If username and password (or SSH key) are accepted by the SSH server, you’ll be given a command line prompt.

ssh command is the client side of id, while sshd (openssh server) is the server component.

You can generate an SSH keypair and protect it with SSH passphrase.

These days SSH packages come with quite a number of super useful little tools:

What TCP port is utilized by an SSH server listening for connections?

This error message is a standard enough scenario when you’re connecting to a recently rebuilt server – its host SSH keys changed and so you’re asked to exercise caution. How to fix Host Key Verification Failed error.