Alright! I finally made time on the weekend to download latest Kali Linux 2020.1a image and install it on my Raspberry Pi 4.

I’m telling you, RPi4 is fast!

So far I only got the basics done: 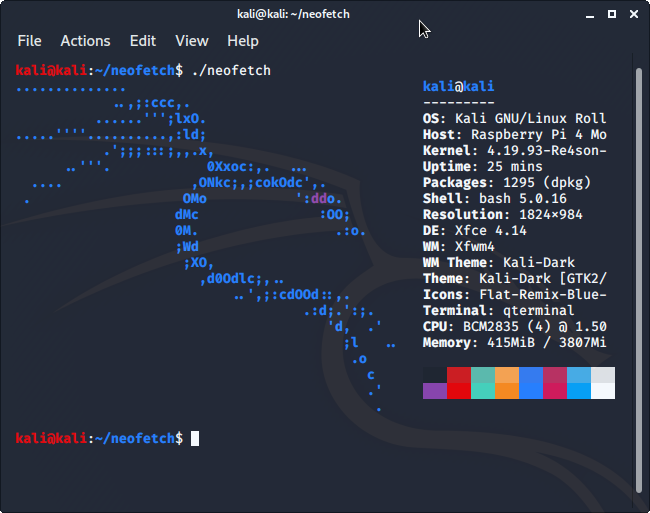 INTERESTING: there’s some weird resolution right now - need to find out how to get HiDPI resolution working, Raspberry Pi 4 is meant to support 4K.

Kali Linux 2020.2 is just around the corner - their release page suggestes “a Tuesday in May” which leaves 3 more Tuesdays when it may happen.