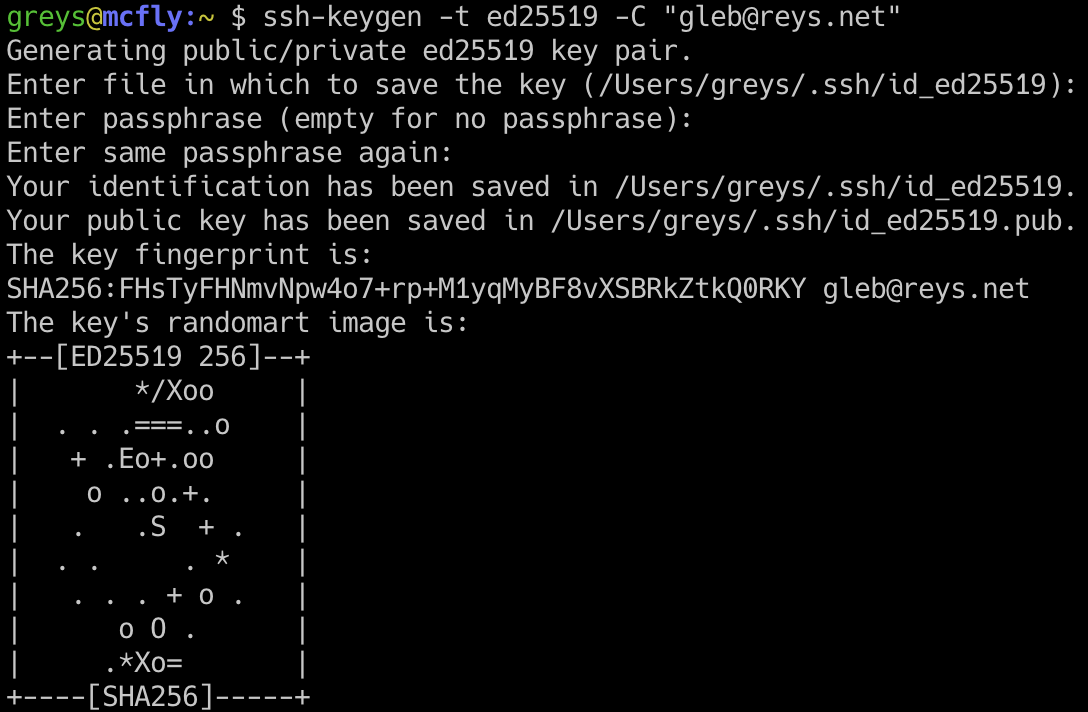 I’m hoping to reinstall my MacBook Pro 15” 2017 with a fresh macOS Catalina sometime soon, and part of preparations is testing my install methods (hello, brew!) and configuration files migration. Today I decided to setup a new SSH keypair.

Here is the video with steps:

I say relatively, because ed25519 is supported by OpenSSH for about 5 years now – so it wouldn’t be considered a cutting edge. Still, people are such creatures of habits that many IT professionals daily using SSH/SCP haven’t even heard of this key type.

Similarly, not all the software solutions are supporting ed25519 right now – but SSH implementations in most modern Operating Systems certainly support it.

Compared to the most common type of SSH key – RSA – ed25519 brings a number of cool improvements:

Here’s the command to generate an ed25519 SSH key:

That’s it – this keypair is ready to be deployed to SSH servers, GitHub or any other service that can use them.

Check out how short the public key is: