Getting Started with ZFS in Ubuntu 20.04 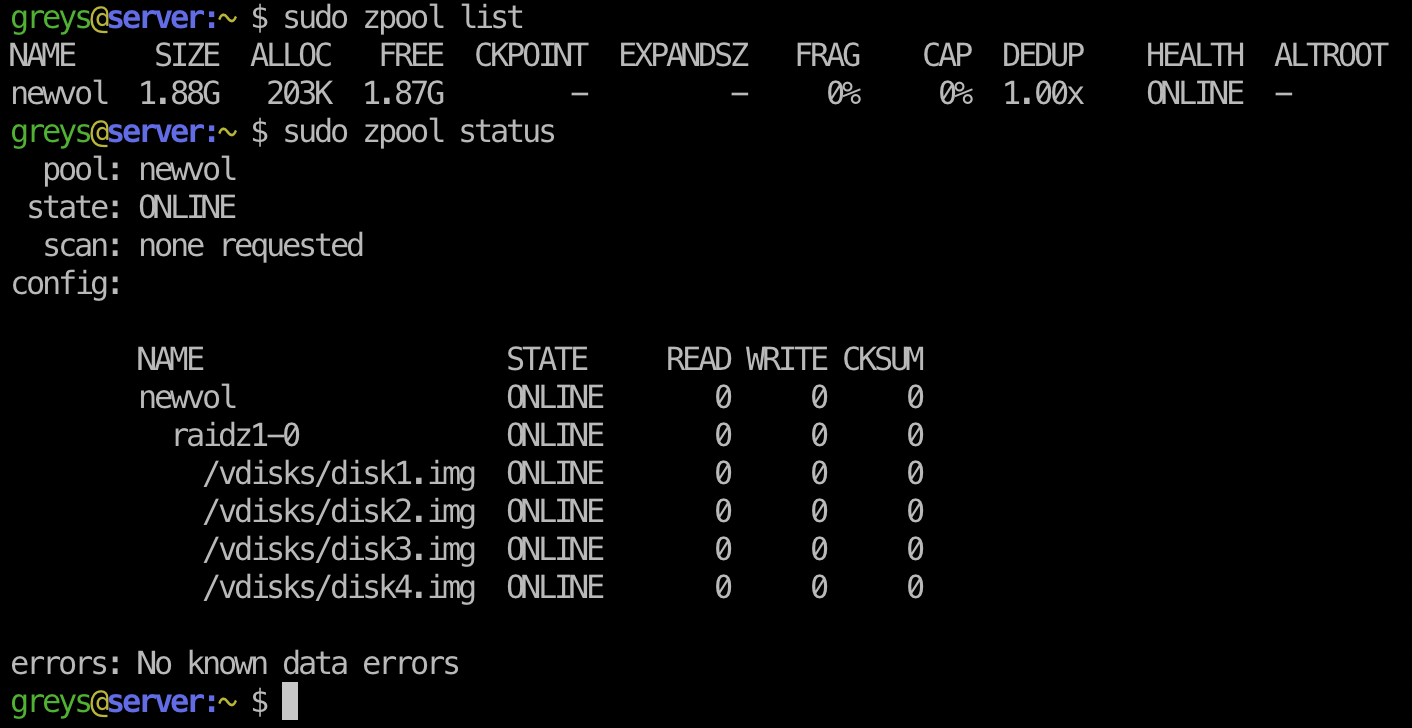 I upgraded one of the smallest servers at home office to Ubuntu 20.04 recently and realised that ZFS support has been added to Ubuntu for quite some time - so maybe I should explore it more. I actually quite miss ZFS from my Sun Microsystems days.

Most likely you don’t have the ZFS modules loaded by default:

… meaning you need to probe ZFS modules to activate this functionality:

As you can see, there’s quite a few modules are loaded now:

Alright, next step is installing tools that provide all these z-commands for managing ZFS:

Here it is: my newly created ZFS pool called newvol:

Let’s get a bit more information about the pool - for instance, confirm which disks are in it:

I’m quite happy! Will be cool to use ZFS and snapshots for home directory on this box.