Confirm where Ruby Gems are Installed 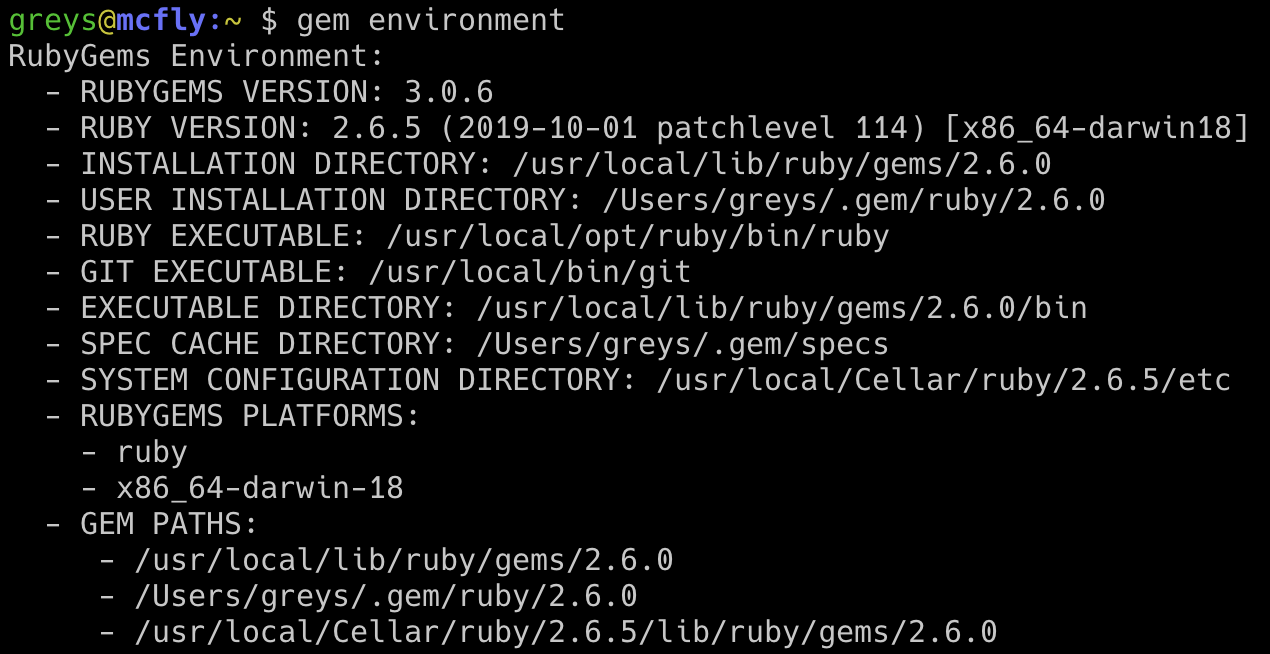 I’m super close to this website switchover to Jekyll, am on track to migrating from WordPress setup for Unix Tutorial by May 1st 2020.

Putting some final touches in, I was investigating how RSS (Atom, actually) feeds work in Jekyll, and wanted to have a look at one of the jekyll plugins: jekyll-feed.

Since all the plugins in Jekyll are actually Ruby gems installed and managed by the bundler package, it was relatively easy to know where to look.

I couldn’t find any jekyll-feed files in my Jekyll directory for the website, and so I had to learn a bit more about working with gems.

Show RubyGems Environment There’s a really cool command called “gem environment” that shows 99% of all the Ruby gems related information on your system:

Turns out, the jekyll-feed plugin files were under one of the GEM PATHS locations /usr/local/lib/ruby/gems/2.6.0 in my case.